I saw only 22 movies from 2006, so after the top 10 (listed below), there isn’t much in terms of honorable mentions. To that end, I would offer the latest installment of Michael Apted’s Up Series, 49 Up, as well as Spike Lee’s other film of 2006, Inside Man. There are also a significant number of films I have yet to see. They are (in alphabetical order): An Inconvenient Truth, Babel, Battle in Heaven, Be With Me, Cavite, Climates, Fast Food Nation, The Fountain, The Good German, Half Nelson, Iron Island, The Last King of Scotland, Lady in the Water, Little Children, Marie Antoinette, Miami Vice, Offside, Old Joy, Pan’s Labyrinth, Play, Requiem, The Road to Guantanamo, The Science of Sleep, Still Life, and Volver.

I saw this late on an April weeknight in a lonely art house theater. The paltry number of people in attendance (me) would give some indication of its box office success, but couldn’t be further from denoting the film’s power and grace. Sonia (Déborah François) has just given birth to her boyfriend Bruno’s (Jérémie Renier) son, and arrives home from the hospital alone, only to find Bruno has sublet her apartment for another couple of days. Temporarily homeless, Sonia tracks down Bruno only to eventually discover his irresponsibility is much greater than even she could imagine (the less you know about the plot, the better). The Dardenne’s trademark handheld style, close-ups, and powerful moral dilemmas are all on display here, used to their full effect. Only this time, they offer a final emotional punch in the gut to punctuate the tension they’ve built from the film’s earliest moments.

I hate previews. That probably places me in a distinct minority, but there it is. Usually they are so obvious in their manipulation of the audience (often through the use of music and editing) that I am taken out of it almost immediately. Yet, when I saw the preview for The Queen back in October, a film I’d not previously heard about, I surprisingly found myself emotionally engaged from the beginning. That strong sense carried right into this film, and while I concede that the preview could have just found a clever way to pull my strings, I’d rather like to think that it is the persona of Queen Elizabeth herself, struggling in the days after Princess Diana’s death, that drew me into it. The Queen is a person who, unlike anyone else I can think of in the West, can be seen as a stand in for tradition and honor, two concepts sorely lacking in our developed, capitalist, upward and onward, win-at-all-costs society. So, as those values are violently called into question, the beauty of Frears’ film lies in the fact that he neither tips his hand toward tradition or modernization, or rather, he tips his hand to both. 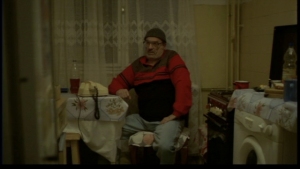 Like L’Enfant, Puiu’s film relies on hand-held cameras, natural lighting, and a couple of understated performances that are more demanding than they appear. In particular, Ion Fiscuteanu as Lazarescu gives a beautifully physical performance, while Luminita Gheorghiu as the ambulance nurse offers a complex mix of apathy and compassion for her patient. Even though the title telescopes the ending, this movie is much more than watching a man die. Rather, it might fit nicely into the road movie genre, as the titular character, feeling ill, embarks on a journey (mostly via ambulance and stretcher) that takes him to his end. Along the way, he makes a variety of stops, receiving updates on how he’s doing, judgment for his failings, and in most cases, rejection of treatment. Neither the social critique nor the biblical and literary allusions are ever far from the surface, but they are woven into the fabric of the film, a film which echoes the cry of another frustrated soul: “If you had been here, my brother would not have died.”

Spike Lee’s four-act documentary on the disaster surrounding Hurricane Katrina is simply a marvelous piece of filmmaking. He brings together such a wide variety of voices as he chronicles the events and personal stories from beginning to end. Thus, as the film begins with nervous trepidation in view of the approaching storm, we eventually move to disbelief, frustration, despair, and anger, all the while being reminded of the abiding (mostly Christian) faith of many of these people. Lee’s use of montage, alongside music from his regular composer (and New Orleans native) Terence Blanchard, is especially strong here in its ability to evoke mood and a sense of place (and eerily reminiscent of his work in his post-9/11 film 25th Hour). Lee’s images remind us at once of the terrible destruction that remains in the city and of the spirited people that continue to populate and rebuild it.

I had the pleasure of seeing the single screening of this film in my area, at the Asian Film Festival of Dallas, where it played to a full house. The organizers deserve credit for bringing such an important film to Texas. Hou’s latest offers three separate stories, taking place in different places and time periods, yet all of which star the same two principle actors. The first is played as a straight up teen romance from the ‘60’s, with pop songs, chewing gum, and clouds of thick smoke to set the atmosphere. The second installment finds our couple in 1911, she a working girl in an uppity brothel, he a customer with connections. Here, while the warmth of the first segment bleeds over into the second, it’s quickly quenched as the social and political realities become apparent. Finally, the last installment, which takes place in the modern day, finds our couple looking older than ever, beaten down with the pain, suffering, and apathy that life in the modern world has brought them. Where the ‘60’s offered unbridled innocence and the early twentieth century had social structure to offer some stability in spite its constraints, Three Times offers a much bleaker picture of contemporary youth. 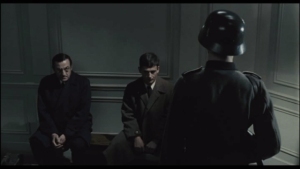 Some might think this is cheating, but seeing as I saw this in a theater as part of a regular release, I am including it. I’ve found in the six months since then that this film has only grown in my estimation. Technically one might call this a war film, but instead of artillery fire and piles of rubble, the battles are largely interior, with the greatest damage done to people’s hearts and minds. Director Melville follows several members of the French resistance both in their attempts to thwart their German occupiers in WWII and to survive the constant threat of capture and death. While we see little of their actual encounters with the Germans, the tension over these people’s fates never subsides. Lino Ventura’s turn as the resistance chief is especially notable here, as it’s filled with the kind of quiet forcefulness we’ve seen more recently from Olivier Gourmet in Le Fils.

Richard Linklater’s first film of 2006 made use of the rotoscoping technique from 2001’s Waking Life to great effect in animating this film tracking the descent and delusions of substance abuse. As the film is narrated from the perspective of Bob Arctor (Keanu Reeves), it becomes clear that whatever success he’s had as a narc is being compromised by his dealing of and/or addiction to the new drug of choice, Substance D. Linklater’s animating over the top of the filmed image here works so well largely because it takes us a step away from reality, yet in doing so, brings us closer to the reality of drug abuse and the skewed perspective that results.

There are quite a number of films that attempt to deal with, portray, and make judgments about the horrors of the Holocaust, yet few if any that I have seen offer anything as substantive as the frank portrayal of forgiveness on display here. As she’s judged and commented upon through any number of observers, Eva Mozes Kor presses on in her quest to offer forgiveness as her response to the horrors she and her sister endured at the hands of Mengele and his associates. With obstacles at seemingly every turn, Kor continues to bring remarkable energy, wit, occasional frustration, and grace to make clear to the world the power of forgiveness to heal old wounds.

A poignant film about death and the end of good things in this life that manages, in spite of its heavy subject, to remain light and airy and often quite funny throughout. This constant tension works well and helps to propel the film, which is absent of a strong narrative structure. As the camera, which is in constant motion, tracks both back- and on-stage activity during an airing of Garrison Keilor’s well-known live radio show, we are treated to a little of everything – comedy, mystery, slapstick, music, tall tales, and even a touch of the supernatural. It’s this latter element that gives the film a great deal of its weightiness, and offers, in light of Altman’s recent passing, a glimpse into the mind of a man nearing his end.

Set in Vietnam during French rule in the 1940’s, Nguyen-Vo’s first feature takes us into the lives of buffalo herders through the eyes of a teenage boy working for the survival of his family. During the rainy season when most of the grass is underwater, the herders take their neighbor’s buffalo (for a price, of course) to higher ground and wait for the water to recede. The images in this film are stunning, with regular wide shots of the horizon, which is constantly framed directly across the middle of the screen. This effect results both in a sense that with the water melting into the sky there will be no end to the flood, yet because of the strong horizon line, there’s also a balance to the shots, as if there’s an alternative to the water. This fits in nicely with the dual role the water plays for these people, both as a hindrance to their lives, but also as a life-giving source which brings fish and prepares the way to grow rice.