Directed by Susanne Bier, Brothers follows the trajectories of two lives in opposition, yet joined by blood. Michael is the typical favored son—his parents look on him with pride for his successful military career, his wife dotes in response to his attentiveness, and his kids laugh often in his presence. However, Jannik, the younger, seems everything his brother is not—just released from prison, gruff and overly sensitive personality, and spends more time in the company of bartenders and prostitutes than with those who care for him most.

The film takes these two men and flips them—placing one on a trajectory toward new life, while the other’s fate takes a turn for the worse toward death. Bier’s style, reminiscent of the Dogme films that have come out in the last ten years, relies on handheld cameras and natural lighting. Bier ensures that the handheld camera, which in many films detracts from the end product, contributes to the emotional immediacy of the film. This still feels a little like cheating, like Bier is taking a shortcut to a series of stirring catharses for the audience.

Though Brothers dictates some of our feeling to us, the narrative itself largely remains compelling at a fundamental level. One might quibble with an unlikely coincidence here or there, but the arc of these two young men is one played out in numerous stories and myths throughout human history—stuck in the mire, humanity always hopes for something more out of life.

Flannery O’Connor once said that “redemption is meaningless unless there is cause for it in the actual life we live.” Brothers offers cause.

These images from the film seem appropriate for this time of year—early spring, with fresh leaves sprouting on trees and, if you can imagine, the call of young sparrows in their boughs. 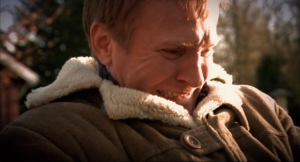 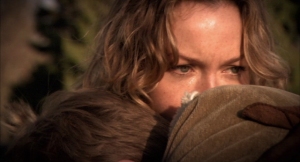